Harry Reems plays a no-named Vietnam Vet/rapist/serial killer with PTSD and suffers from flashbacks in Shaun Costello's classic roughie Forced Entry. Along with that comes his need to make up enemies and kill them as a way to deal with the pain. So, he uses his job at the local gas station to get girls' addresses. Once he gets their info it's on to the stalking, raping and finally the slashing. He uses the old "We don't take cash here, I need a credit card along with your address for verification" bit... amateur. But leave it to the free love and drugged out hippies who opposed the war to also bring down the murderous Vet. After a couple stalk/rape/slashes, he breaks into the loft of a couple of hot lesbian hippie chicks while they are having a drugged-out carpet munching party but they turn the tables on their would-be assailant. They completely take away his power by not only succumbing to him, but aggressively try to sex him up! What's a delusional rapist to do?

"Sleazy, Graphic, Bloody and Dirty" is the motto of us her at Cinesploitation and this movie embodies all of these. Everything about this movie is dirty; the New York City locations, Harry Reems, the "plot" and even the actual film transfer. The camera shots are leering and intrusive. The whole movie is inter-cut with horrible footage from Vietnam and the War to bring everything down to a lower level. It's just a filthy, grimy piece of celluloid. Now, I didn't enjoy the content of the movie, it would be very hard to, but I marveled at the absolute disregard writer/director Shaun Costello had for any sense of class or taste. He takes the camera to places it shouldn't be. Extreme close-ups, almost fish-eye views of the horrified looks on the victim's faces with Harry's hairy shlong bouncing off of their nose and an actual "money shot" directly on the lens so that the rest of the scene is seen through a nice layer of Reems Juice. That's just wrong in every possible sense. 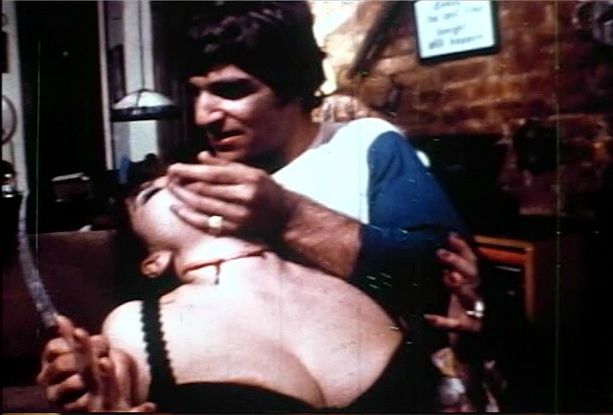