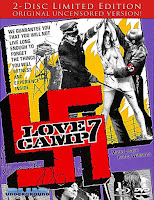 In the 1960s David Friedman and H.G. Lewis had already created nudie cinema and were looking for something new to make money since the market was being flooded with naked women. During a brainstorming session the two decided that making a movie filled with gore would be their next project and Friedman suggested it be set in a Nazi concentration camp full of torture and degradation. Lewis, abhorring any kind of violence that seemed too realistic, vetoed the idea and they decided to go with the over-the-top idea of what would become the first gore flick, Blood Feast. Not surprisingly in 1975 Friedman would produce the most legendary nazisploitation film of all time; Ilsa the She-Wolf of the SS starring the iconically sexy Dyanne Thorne.

A "what could have been" for Friedman was a reality for exploitation writer and producer Bob Cresse who wrote, produced and starred in what is considered to be the first nazisploitation flick that would set the narrative standard for everything that would follow. Torture, rape and degradation in Cresse's Love Camp 7 was just like David Friedman had envisioned and what Italian filmmakers like Mattei, Garrone, Batzella and De Agostini would run with to exploit even further. The genre would predominately be known as pure exploitation, but filmmakers like Tinto Brass and Pier Pasolini would delve into Nazi iconography for their art-house classics Salon Kitty and Salo: 120 Days of Sodom. Yes, Cresse had created a sleazy monster that would trample theaters for years to come. 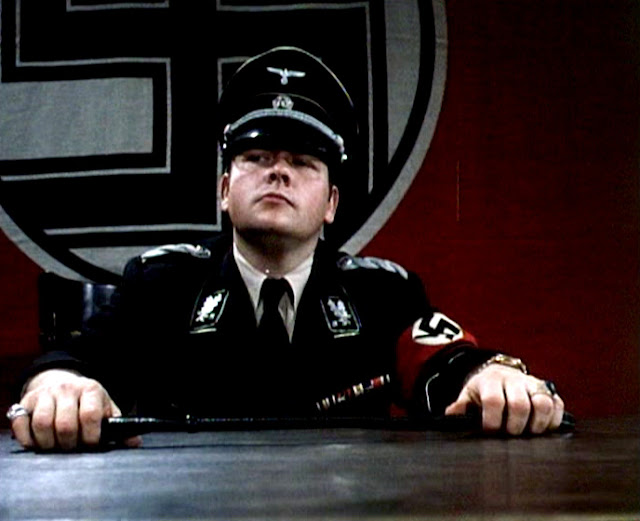 Plot Summary from Wikipedia:
"[Love Camp 7] follows two female American officers (played by Maria Lease and Kathy Williams) who volunteer to enter a Nazi camp undercover to gain information from, and possibly rescue, an inmate. The camp's female inmates serve as prostitutes for German officers and are subjected to humiliating treatment, torture, and rape. When the two female agents learn that their target is being held in solitary detention, one of them arranges to be punished so that she can make contact. This leads to Lt. Harman (Lease) being stripped and strung up by her wrists. The target uses her body to free Harman and they attempt their escape. The escape plan ends in a climactic battle."

It's a relatively in-depth plot for a Nazi exploitation movie and a big chunk of the run time is explaining the characters, the back story and the plan. Finally around the 20 minute mark, we get to the camp. That's where we meet the Commandant played impressively by Cresse himself. He puts the girls through the drill; they are hosed down (with regular-sized water hoses?), "examined" for sexually transmitted diseases and explained the finer points of being whores for Nazi officers. The violence is pretty tame compared to what was to come in the sub-genre, but it spares no time (once things get going) on loads of female nudity and sexual assault on the prisoners. Most of the women are surprisingly attractive and in my favorite scene, four of them have a writhing lesbian orgy for one of the officers. 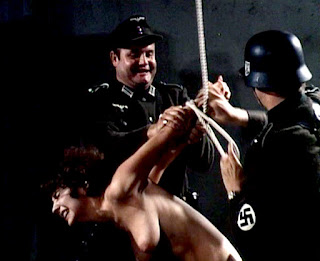 Up to this point, the only U.S. release of Love Camp 7 was through Something Weird Video. It was originally supposed to be part of the production and distribution deal that Something Weird had with Image Entertainment but Image didn't want to be associated with the content of the film. So to keep the movie's spirit alive, SWV kept it as part of their DVD-R line with the less-than-stellar VHS quality audio and video. So imagine the surprise when Blue Underground pops up with a new transfer from the original camera negative in 4K no less! Yes, their new 2-disk limited edition blu-ray of the original uncensored version is a sight to behold. The new pristine, dare I say slick looking new picture quality is dumbfounding. How can a movie this obscure, low budget and sleazy look this good almost 50 years later?