The Split Personality of TWISTED SOULS and SPOOKIES (Review) 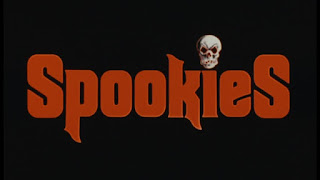 The production of Spookies is a really interesting story. In 1984 filmmakers and buddies Brendan Faulkner and Thomas Doran were approached by British movie producer Michael Lee who made a deal with the guys; make a conventional horror movie for me and I will bankroll your pet project. To my knowledge that project never got made, probably due to the fact that Faulkner and Doran were fired from what was then called Twisted Souls.

(DISCLAIMER: The views and opinions expressed herein are those of the author and do not necessarily reflect those of Cinesploitation or its owner.)

On December 1, 2014, fans of Ryan Nicholson’s gory cult classic Gutterballs got some HUGE news when Plotdigger Films, Nicholson’s company, launched an Indiegogo campaign that promised some massive perks including DVD and blu-ray releases for not only the follow-up film, Gutterballs 2, but this campaign was going “balls deep" and even offered a third film, Gutterballs 3. Of course this wasn’t an ordinary campaign – this was going to be MASSIVE because there were bowling pins, posters, replica masks... this was the real deal.

As of today, it has been just shy of three years since the campaign launched and so far no one has received any of the perks for which they paid. So where did it all go wrong and what is actually happening with Plotdigger Films and the release of all these movies people have been waiting for? Well, my name is Bob Ferreira, a horror filmmaker, massive Plotdigger fan and a friend of Ryan Nicholson who went from just being “a fan” to working directly for Plotdigger Films. I’d love to set a few things straight as far as I understand about all the projects sitting in production hell. 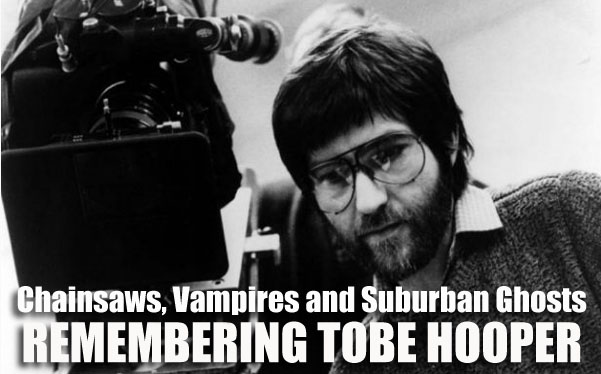 As you no doubt have already heard, Tobe Hooper, the director of possibly the most influential and beloved horror movie of all time, passed away of natural causes at the age of 74 on August 26, 2017. There is probably nothing I could write here from a historic or technical point of view that you haven't already read or heard about The Texas Chainsaw Massacre. The film has been dissected by everyone from Roger Ebert ("I can’t imagine why anyone would want to make a movie like this, and yet it’s well-made, well-acted, and all too effective." LINK) to Leonard Maltin ("Once it kicks into gear, it's brutally unrelenting toward its unappealing characters and the audience." -Leonard Maltin's 2014 Movie Guide) to every blogger and horror writer from every website, magazine and fanzine.